As an admittedly loyal fan of the slick Apple products, I was excited at the coming of the iphone4 and iOS4. My hopes were that Apple would put to right some of the shortcomings we’d learned to live with in the iPhone OS v3 and give us another slick platform to enjoy it on.  Don’t get me wrong, I still think the new hardware is lacking the new USB jack, a microSD slot, an even battery life by keeping the old phone thickness, and a 64GB version.

On the release date I watched the live blogging of Steve Jobs’ spectacle that Apple is now well known for. I was very impressed with the capability of the new hardware being offered by Apple and couldn’t wait to hear what new features that iOS4 would offer. I’ve tried the iPhone 4 in the Apple store – the display, FaceTime, and speed are a dream.  Since iOS4 is compatible with my iPhone 3GS I thought upgrading my phone would give me a great preview was well in order. What a mistake.

The processor in the 3GS was definitely not meant for running this new OS. Too often the phone locks up in some resource contention and runs so slow that it’s too painful to type on. I experienced this same thing when iPhoneOS 3 came out for the 3G, giving me that little boost to go out and get a 3GS. It seems like a selling tactic designed by Apple to get you to upgrade your hardware. At times the phone is just unusable and inches away from being hurled at the pavement.

The push notification concept has been useful, but unmanageable en masse. The Facebook app has the right way to handle notifications. Put the notification somewhere unobtrusive until I can get to it and then show it to me in a list where I can mark them as read and unread Don’t be like Microsoft and pop windows and dialogs up all over the place while I’m in the middle of something else.  Instead, have some blinking icon in the corner that will pull up a list of one-line notifications, each of which is clickable to show us the full details.  This also gives us a history of the notifications in case we click OK too fast.

After all this time, Apple finally gave us task switching, but now it just seems like a pain to manage. Sure it’s great to double-click the middle button and have your most recently used apps pop up, but the rest of the screen is wasted when they could have at least put a couple more rows of icons for running apps in there. Also, after a while, some resources seem to be leaking in those apps, and the phone gets hot and slows down until I close some of the apps. A “kill all apps” button is needed somewhere.

The lock screen is also a waste. I really admire what the droid phones have done with weather etc to give you more of a day-at-a-glance view. To get the same on the iPhone, you have to visit a bunch of different apps one after the other. Productivity is about information aggregation, and that’s what computing devices like the iPhone can do best. It’s not being done in iOS today to the full extent. Ball dropped and not followed through.

Now with iOS 4.1 out, we have Game Center and HDR.  Both of those are really nice updates to the system.  The whole Ping fiasco with Facebook is a turnoff – Ping might as well not have ever happened.  Without some sort of existing giant social network to piggy back off of, like Facebook, Ping just ends up being another friends circle management system.

All in all, I like the features of iOS4.1 when it works on my 3GS, but the poor performance definitely has me wishing I didn’t upgrade. 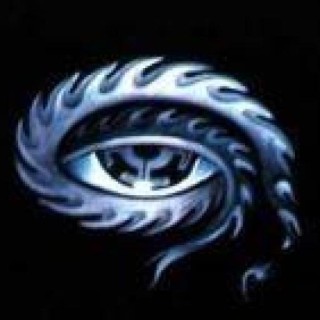