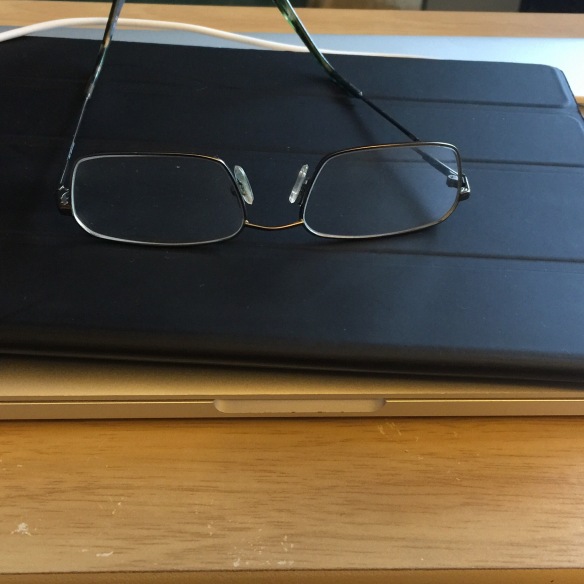 For productivity users, handling docs from various sources is important. PDF is really the most ubiquitous of all the docs and a sort of cottage industry has evolved around the need for editing or marking these up or just plain document search. iBooks recently received an upgrade in 9.3 to allow PDF sync, but some of it does not work the way it does for EPub or Mobi. These improvements are very welcome and will lead me to shift away from Google Books right away, but iBooks needs some improvement before I find it reliable enough for all of my PDF use. I can’t help but think that iBooks needs some way to hook into the various other places I keep docs and that it can be a good place for keeping other personal documentation given a better ability to classify and sort the docs. Real document management would be something worth buying all in with iBooks.

Storage PER DEVICE – if I own all these products, why wouldn’t Apple give a minimum amount of iCloud storage per device so that I can accumulate storage per active device? I’m probably going to buy iCloud storage anyway because I’ve found I really do want to store more photos and files, but the current 5GB limit per user is as laughable as a 16GB iOS device is for anyone who wants to store more than a handful of photos, songs, and games.

iOS needs to improve its sync and deletion for messages and notifications across devices. Why do I need to delete or read an iMessage on my iPad when I have already done so on my iPhone for that exact object? In the majority of cases (not all), when I mark something as read on my Apple Watch, it is also marked as such on my iPhone. Ditto for notifications status sync – if I read it on my Mac why is the notification still there on my watch or iPad? Something is being lost in translation between these devices and fixing this would mean less wasted time and confusion.

I knew going into using a 6/6S Plus device that parts of the interface would be out of reach of my right thumb, requiring me to use two hands to operate. While I do have a unique way of holding the phone one-handed, it is a bit precarious and has caused some scary falls. I’m sure this will result in heartbreak at some point no matter how much protection I have on my phone and I think Apple can make changes to improve that for everybody. Improving reachability range without using Reachability seems to be a challenge because Reachability itself seemed to be a stretch (no pun intended) of a solution. I have long since turned off Reachability because I constantly triggered it accidentally. I would instead prefer that screen elements be laid out more intelligently. There seems to be no good reasoning why some interfaces require buttons on the bottom and others require the same buttons at the top, but generally putting buttons at the top of the interface is a bad idea on the larger phones. It should be common custom that buttons which would be part of a flow should not require you to go back and forth across the interface if they are meant to be clicked or pressed in quick succession.